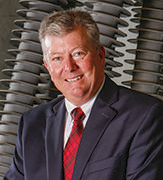 Scott Newberry joined FKEC in 1990 as Planning, Rate and Budget Analyst and was promoted in 1996 to Chief Financial Officer. As CFO, he oversaw all of the financial, accounting, billing and information system functions of the cooperative. In 2002 he was promoted to Assistant General Manager and was promoted to Chief Executive Officer on January 1, 2006.

Newberry is an active member of the Upper Keys community and is a two time past president of the Rotary Club of Key Largo and has served on the boards of both the Key Largo and Islamorada Chambers of Commerce.

In 1994, Newberry completed the three-year national electrical course for apprentice linemen to further his education in cooperative operations. He is a graduate of Leadership Monroe County Class XI and completed the National Rural Electric Cooperative Association’s Management Internship Program in 2005.

Newberry graduated from Arkansas State University with a degree in Agriculture Business and Economics in 1986 and earned a Masters of Business Administration degree from Regis University in 2006.

In 1988, he began his career in the electricity industry when he joined the Rural Electrification Administration (REA) in Washington, D.C. With the REA, he worked first as a Commercial Loan Specialist and was later promoted to Power Requirements Officer before moving to the Florida Keys to join FKEC in 1990. 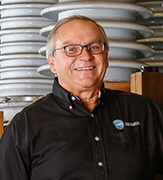 Prior to joining the Cooperative, Beaty fulfilled a career in the hospitality industry which spanned 30 years including 25 years of experience in hotel operations and financial management. He received a Bachelor of Business Administration Degree from Parks Business College. He also holds several hospitality certifications including Certified Hospitality Administrator (CHA) and Certified Hospitality Accounting Executive (CHAE).

In 1987, Beaty moved to the Keys to join the Sheraton Beach Resort Key Largo, which is now the Hilton Grande, as the Director of Finance. During his 20 years there he also held positions as General Manager, Assistant General Manager, Regional Controller, and Corporate Controller where he oversaw the finance departments of multiple properties.

Beaty has served on the Board of Directors for the Rotary Club of Key Largo, the Key Largo Chamber of Commerce, the Upper Keys Athletic Association, and as an inaugural Commissioner for the Key Largo Wastewater Treatment District. 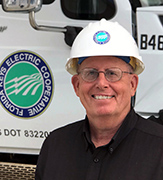 John Stuart joined FKEC in January 2006 as the Tavernier District Director a position he held until becoming Chief Operations Officer in June 2006. As COO, his duties include coordinating, planning, and directing all of the engineering, construction, maintenance and operations of FKEC’s electric system.

Before moving to the Keys, Stuart worked for Pacific Gas and Electric Company in California for 18 years. There he held various engineering, operating, and management positions. He went on to serve seven years as Vice President of Customer Services and Energy Delivery for St. Joseph Light & Power in Missouri.

Stuart holds a degree in Electrical Engineering from California Polytechnic State University, San Luis Obispo and is a licensed Professional Engineer in three states including Florida.

Since arriving in the Keys in 2001, Stuart has been an active member of the Upper Keys community serving on the boards of the Key Largo Chamber of Commerce, Rotary Club of Key Largo, Habitat for Humanity in the Upper Keys, and the Florida Keys Wild Bird Center.